First National Review of “When They Were Boys”

“A spirited jump down the rabbit hole to the early years of what would become the Beatles, from TV news anchor and Beatles chronicler Kane (Lennon Revealed, 2005, etc.).

The author details the many characters and moments in time that shaped the Beatles into the band that rocketed onto American shores in 1964. Despite being occasionally starry-eyed and corny, Kane writes with an evocative clarity, attention to detail and familiarity. He transports readers back to 1950s Liverpool and turn-of-the-decade Hamburg, to the childhood homes of the Fab Four as well as original drummer Pete Best and original bassist Stuart Sutcliffe. Kane reminds us that the Quarrymen, the Silver Beetles, the Silver Beatles and the early Beatles were a dance band: Fans went to a concert to move, to dance, and at that, the Beatles excelled long before all the screaming. But it was a serious grind to get to the point where they were finally filling clubs, and their first visit to Hamburg in 1960 was one of those near-turning points, when the grind had ground them down, the living conditions vile—they slept for months next to the toilet (John, after popping one speed pill over the line: “I would be wide awake staring around, wondering if the dirt would cake up inside me”)—the payback not worth the effort. The Beatles almost dissolved before they had a chance to change the course of popular music. Kane takes special care to get the characters right, whether they are remembered or forgotten, fleshing them out without bogging down the story. Indeed, one of the pleasures of this book is its brightness, written not just for the converted, but for anyone who has even a vague interest in this slice of history.

A shimmering, occasionally breathless report that should fill in many of the cracks in readers’ knowledge of pop-music history.”


— Kirkus Reviews,
First National Review of “When They Were Boys”
http://www.kirkusreviews.com/

“Kane (Ticket to Ride), a longtime Philadelphia journalist and author who covered the Beatles’ first tour in the U.S. in 1964 and subsequent tours, works by mosaic in piecing together the shards of “the boys’ ” early stories in Liverpool… Many roiling, conflicting voices are brought together.”
— Publishers Weekly

“This reexamination of the Beatles’ teenage years, which focuses not on the band members themselves but rather on those who nurtured and influenced them through their pivotal first few years together, will inform popular-music scholars and delight fans.”
— Library Journal

“Larry Kane was the only broadcast journalist to travel with the Beatles on their triumphant 1964 and ’65 North American tours. He chronicled those heady experiences in his 2003 book, Ticket to Ride. Now he’s back with When They Were Boys: The True Story of the Beatles’ Rise to the Top. Combining the results of some deep digging and revealing interviews with those who knew them best, Kane unearths fascinating details from the earliest days of the boys’ growing up in hardscrabble Liverpool in the 1950s to the eve of their world conquest in 1964.”
— The Christian Science Monitor

“The book is excellent…..Larry has gotten into nooks and crannies of Beatles history that other books have scarcely touched……When They Were Boys completes a fantastic trilogy.”
— Denny Somach, author of Get The Led Out: How Led Zeppelin Became the Biggest Band in the World and well-known rock historian

“…is there anything left to learn about the Beatles? Well, if you happen to be a Beatles fan looking for a new book full of information NOT found in any of the other pages on the nearby shelf…well When They Were Boys just may be the book for you! See, Larry Kane not only knew the boys personally, (they knew him by name!), he also knows how to tell a damn good story. Larry Kane delivers his best yet, his Beatles-book hat-trick is now complete! Buy two!”
— Chris Carter, Breakfast with the Beatles – Sirius/Xm Radio –KLOS Radio Los Angeles

“When They Were Boys is Larry Kane’s Sgt. Pepper. Larry’s previous books on the Beatles are, well Fab, but this book sheds light…..a lot of light……on an era that isn’t as familiar as the “eye of the hurricane” days of Beatlemania. Even though I’ve literally read hundreds of books on the Beatles over the years, there were more than just a few new things I learned from Boys. Larry is a true insider of the Beatles, and that’s why he’s able to get the scoop from others WHO WERE ACTUALLY THERE AND ACTUALLY KNOW THE FACTS. That’s the difference, and it’s a big difference. Larry Kane is a great writer, and he tells the story about a group of Liverpool scruffs who eventually became people who reached first-name-only-needed status across the globe. Larry Kane, once again, passed the audition.”
— John Lorinc, former CNN correspondent and Producer/Reporter at WABE-FM (NPR)

“Larry Kane’s “Ticket To Ride” is one of the best looks at the Beatles and Beatlemania because, as a journalist, he told it like it was. “When They Were Boys”  continues that tradition, except it’s about the Beatles’ beginnings in Liverpool. If anyone has the true story, it’s Larry.”

“Larry Kane’s newest book, “When They Were Boys” is the most comprehensive and fascinating account to date of all four Beatles’ lives in the youthful prelude to fame. Larry’s account exudes incredible depth, compassion, and a sense of down-to-earth reality about John, Paul, George and Ringo. “When They Were Boys” provides a glimpse into who they were at that time—just boys with a shared dream—a dream that was about to change their lives forever. His in-depth interviews with those who were there at the time this was all happening, such as Bill Harry, Allan Williams, Tony Bramwell, and John’s sister Julia Baird, make this a most remarkable read. It takes you back to the unfolding of the Beatles and how they became the sensation they did.”

“Larry Kane is a legend in the Beatles fraternity – and beyond. His latest work is diligently researched, atmospherically written in a way which makes you hang onto every word of information you’ve never read before, which makes its appearance on the pages.”

“Larry travelled America with the Beatles and became one of their close friends. As for myself, I grew with them at every stage of their early career from the beginning of their musical odyssey and Larry has recreated the landscape and excitement of those heady early days, which takes me back in memory to how it really happened.  This is one of the great page-turners in Beatles history, brought alive at last.”

— Bill Harry, founder of Mersey Beat, friend of John, Paul and George, and the most respected journalist and analyst of the Beatle years.

“Told in Larry Kane’s inimitable journalese style, When They Were Boys is a breath-taking, roller-coaster ride through the early days of The Beatles,  given new perspective by the passage of time by a celebrated reporter who was able to observe them at both ends of the spectrum. A serious and invaluable work for students of popular music history and, with more ‘secrets’ emerging over the years, a must-buy for Beatles fans all over the world.”

— Ron Ellis, award winning Beatles researcher who knew all of the Beatles.

“ Larry Kane knew The Beatles and became a trusted friend, so to now be invited to read some of their memories about the early history of The Beatles is fascinating. However, this is not just a re-telling of the same old stories. Larry has done what he does best as an investigative journalist and re-examined the key events and talked to the people who were there to take a fresh look at how this group of lads from Liverpool became the most famous pop group in history. This is a compelling read for any fan of the Fab Four”

“ The book is excellent…..Larry has gotten into nooks and crannies of Beatles history that other books have scarcely touched…When They Were Boys completes a fantastic trilogy.”

— Denny Somach, author of Get The Led Out (The Led Zepplin story) and well-known rock historian.

“ Here we are in the year 2013 and really…. is there anything left to learn about the Beatles? Well, if you happen to be a Beatles fan looking for a new book full of information NOT found in any of the other pages on the nearby shelf…well When They Were Boys just may be the book for you! See, Larry Kane not only knew the boys personally, (they knew him by name!), he also knows how to tell a damn good story. Larry Kane delivers his best yet, his Beatles-book hat-trick is now complete! Buy two!”

“ After almost 30 years of research on the life of John Lennon, I have my fair share of Beatles books. (Okay, I have your fair share, too, and your mom’s.) And most of them tell the same ole story in the same ole way – errors, lies, and myths notwithstanding. (Those, I’ve found, are quite unique to the individual writer and his or her own personal agenda.) Most Beatles books present the same material in approximately the same fashion…so much so that taking notes from 40 or more books for one of my chapters can get to be quite a yawn.

But last week, I was awakened by a new book from long-respected Beatles friend and expert, Larry Kane. Entitled When They Were Boys, this brand new volume about The Beatles in their early years and heyday first nudged me awake and then shook me to the core. It’s great.

Until I read the manuscript for When They Were Boys, I was lodged firmly in the Jim O’Donnell camp, loving Jim’s book, The Day John Met Paul, without equal. I thought that only Jim O’Donnell felt the way I did about Liverpool, understood its importance and its unique atmosphere. But Larry Kane gets it. He sees Liverpool through the eyes of the Liverpudlians, and he tells you the story of The Beatles in a way that it has never been told before.

Just the section on Pete Best is enough to recommend this book to Beatles’ aficionados as one of the most important additions to your library. At last, someone has done an extremely thorough investigation into the Best controversy that brings to light facts too long dormant.

But the best part about Kane’s book is the writing. It is almost poetry. It is written with grace and accuracy, blending Kane’s 47 years as a journalist with his unique skill as a novelist as well. His words leave an impression. I will never forget the image of “The Milkman” in this new book. You won’t either. Read When They Were Boys and discover what I’m talking about.

Larry Kane knew The Beatles well. He traveled with them, interviewed them, and recorded their newsworthy events. That side of Larry Kane wrote Ticket to Ride and Lennon Revealed, both very good books.

But When They Were Boys was penned by The Beatles’ close friend, Larry Kane, the man who spoke their language, shared their memories and experiences, and knew them firsthand. This is a book about four young men who were Larry’s friends. It is not a story that anyone else could write. That makes it a superb book. A gem.

— Jude Sutherland Kessler, author of three books on the life and times of John Lennon 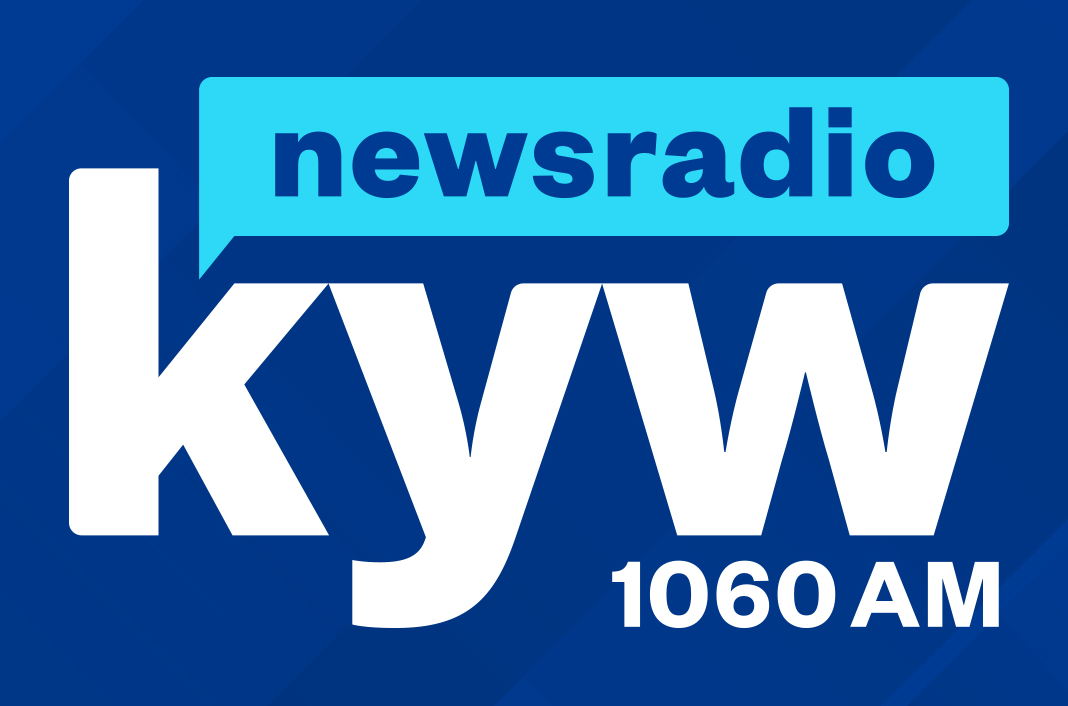