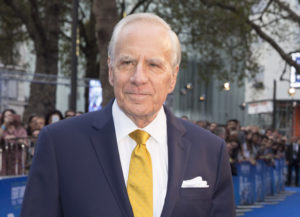 The Emmy Award-winning newsman was honored by the Mid-Atlantic Emmy organization with their Governor’s Award in 2005, recognizing Lifetime Achievement. In the annals of broadcast history, Kane is best known for the success of Action News at WPVI in Philadelphia, where, with some of the most innovate minds in broadcasting, he helped propel the station in one year, from 1970 to 1971, to first place in the news ratings. The Action News format changed the face of contemporary broadcasting in the early 1970’s, placing the emphasis on local news connected to extraordinary community involvement by stations across the country. His success brought him to New York and ABC News and WABC TV. After 18 months, he returned to Philadelphia and completed his unique trifecta, working for the NBC and CBS stations. Kane is the only news anchor to anchor a total of 39 years at all three Philadelphia owned and operated TV stations.

His assignments have included the Middle East peace talks; the return of the American hostages from Iran to Wiesbaden, West Germany; the devastating earthquake in Naples, Italy; the 1987 Superpower Summit between Reagan and Gorbachev, seven visits to the Middle East and an in-depth interview in Poland with Solidarity Leader Lech Walesa. In 1985 he and his colleagues at WCAU TV were honored with the prestigious Alfred I. DuPont-Columbia University Award for their coverage of the confrontation between Philadelphia Police and the radical group MOVE. In 1961, as a young radio News Director, Kane broke the story of the ill-fated Bay of Pigs invasion in Cuba, a development that occurred after months of creating relationships with the Miami-based Cuban exile underground. Kane has covered the administrations of eight Philadelphia Mayors. His interviews have included a Vatican chat with Pope John Paul , in 1986, and the very first LIVE LOCAL in person interview with a President with Gerald Ford in 1976.

Kane has interviewed a virtual who’s who of newsmakers, including every President from Lyndon Johnson to Barack Obama and Donald J. Trump before he became President, in 1965 and 1966. Kane conducted groundbreaking radio interviews with Dr. Martin Luther King Jr.. During his time as a radio broadcaster in 1963 in St. Louis. Kane had landmark interviews with the minister who would be known as Malcolm X. In the spring of 1963, he covered the first civil rights march in a protest led by Comedian Dick Gregory at the Jefferson Bank in St. Louis..

Recognized as a leading proponent of the rights of the disabled, Kane was campaign chairman of the Delaware Valley Multiple Sclerosis Society for 42 years the National MS Society named a medical fellowship for Larry Kane, after his tenure on the MS Board,. His connection to MS was a calling he assumed after the death of his mother, because of MS, at the age of 40. For 45 years, Kane has broadcast weekly features on radio and TV in connection with the National Adoption Center to find homes for waiting children, along with many other non-profit endeavors. He resides in suburban Philadelphia with his wife, Donna. They have two children and six grandchildren.